Couples’ therapy: the Obamas do it and so do we

Think counselling is just for rocky marriages? Wrong.
Ben and Marina Fogle say it helps them to communicate better.

There’s one contact in my favourites, who is not a friend, family or lover. She’s someone my husband and I turn to for help. Someone who is discreet, professional, full of advice and who is the secret to our happy marriage. She’s our couples’ therapist. Our marriage isn’t always so perfect and I believe that far from this being a failure, seeking marriage counselling is one of the most constructive, forward-thinking actions we have done.

This week one of the most respected women in the world gave further credence to my belief. In an interview on ABC News, Michelle Obama admitted that she and her husband had had couples’ therapy and she wasn’t ashamed to let the world know about it.

“Marriage counselling for us was one of those ways where we learnt how to talk out our differences,” she said. “I know too many young couples who struggle and think that somehow there’s something wrong with them. And I want them to know that Michelle and Barack Obama, who have a phenomenal marriage and who love each other, we work on our marriage. And we get help with our marriage when we need it.”

The Obamas get help with their marriage “when they need it”
In America, “therapy” as maintenance is commonplace. In the UK we seem to find it harder to admit that we need emotional help. Twelve years ago, when Ben and I married, I remember a friend saying she had been advised to have regular marriage counselling, like a kind of relationship health check. I agreed with her, but in the blissful throes of post-wedding euphoria, seeing a couples’ therapist remained at the bottom of my to-do list. But as we all know, life takes over and the period in which your biggest challenge is what cutlery to put on your wedding list doesn’t last long.

Mortgages, job decisions, sick parents, the arrival of children and taking each other for granted change the fragile dynamic between a couple. Yet while all those dimensions shifted things, it wasn’t until our third child was stillborn that we were tested in a way that no amount of preparation could have trained us for.

In the bleak months that followed Willem’s death, we visited a grief counsellor, whose wisdom, time, discretion and deep understanding of our emotions allowed us to process the wall of grief that appeared to be engulfing us. And because she was also a couples’ therapist, we ended up talking together and separately about our relationship, about how we were making each other feel. Confiding in someone impartial and whose time I was paying for rather than monopolising was a huge release.

I remember initially questioning how helpful talking to someone when my son had just died could possibly be — and how helpful would it be moaning to someone about my husband? Pretty helpful, I soon realised. When Ben and I clash, which is rare, we’re not good at resolving it. We get stuck on one, often trivial, point and what was intended as a constructive conversation turns into an “I’m right and you’re wrong” shouting match.

Mostly we argue about our home. Ben’s passion in life is changing things in our house. He’s forever moving pictures, wanting the windows painted or talking about replacing the floors. I find this intrusion into my home invasive and frustrating, and I hate the idea of spending money where we don’t need to.

Because conflict between us happens so rarely, each of us takes what is said to heart. The intensity will often trigger a migraine and often it takes days for me to recover, and even longer to forgive.

Jo Harrison, a counsellor at Tavistock Relationships, says that a therapist can help a couple stuck on one specific issue. There’s the benefit of a third party “who can hear them both and help them think about what it is that is underlying this problem between them”.

Rather than seeing them as negative, Harrison thinks that having arguments shows that a couple still care about each other. I am comforted by this idea.

And we have learnt to compromise (we have a new kitchen worktop being fitted next week). Ben and I don’t see our counsellor on a schedule. Partly because we’re so busy and he travels the whole time, but mostly because we don’t need to. However, if one of us suggests going, the other is probably thinking it. And after we leave, often rushing back to work, we take time to reflect. The visit is always constructive and both of us are glad that we went.

In the years after the death of my son and also thanks to my work — running the Bump Class, the London-based antenatal class that I co-founded with my sister, a doctor — I have been able to reflect on what really matters in life. That in this age of Instagram perfection, it is more important than ever to admit that all of us, yes, including, the Obamas, are vulnerable.

Ben and I have learnt a tremendous amount from our therapy sessions. I have learnt to embrace rather than resent the ways in which we are different. I have learnt that some things I don’t agree with, I just need to let go, that communication is everything. Being married to a man who spends eight months of the year travelling, I started off thinking that this was easier said than done. What I’ve realised is that it’s not about the amount of time you spend talking, it’s about what those chats achieve. We have learnt to treat ourselves more often and go out for supper, because in those hours, with no children, no TV, no cooking we have time to find out where we’re both at.

For us the hardest part was going to a session for the first time, acknowledging that we needed a bit of help. Nowadays I look forward to them. Harrison says that one of the hardest steps is to admit you need to turn to an expert. “They think, ‘I don’t want to be that couple who need marriage counselling’ — they feel like they have failed in some way,” she tells me. Well, now that the most fêted couple in the world have shown how having therapy can be the sign of a happy marriage, perhaps more will follow suit.
Nowadays it’s rare that Ben and I sit in the warm little room that has become the safe space to cry, laugh and admit that we’re not always right. In the years that we have been seeking advice, we have applied the skills we’ve learnt there. We have emerged even stronger for it.

‘I‘m not the easiest of husbands’
By Ben Fogle

I love marriage and I love my wife, which is lucky because we have been together for nearly 13 years (or is it 14?). I can’t be the easiest of husbands. I can’t remember my wedding date (it’s either the second or third of September), I lost my wedding ring the day we were married (it fell off while we were swimming in a Portuguese lake) and I took Marina to the Outer Hebrides for our honeymoon (where it rained for a week). Our first holiday was a “build-your-own-raft” holiday in Sweden (where it rained for a week). I am frequently away, sometimes up very high mountains. I am hopeless with money and I can’t spell. Some of these things can be testing.

Marina is a no-nonsense half-Austrian. We like plenty of the same things, but our personalities aren’t always matched. That’s what attracted us in the first place. Like all married couples, we have our ups and downs. We would be lying if we said it was always perfect, but we have learnt how to deal with our differences. When Marina suggested going to see a marriage counsellor, it felt like an admission that something was wrong, when it clearly wasn’t. Who hasn’t argued about the colour of the carpet? Apart from a couple of silly arguments about paint colour and bathroom tiles, we are a pretty placid couple. Neither of us likes conflict.

Why did we need to see a marriage counsellor? Wasn’t it an admission of weakness? In the end it was tragedy that introduced us to therapy and I wouldn’t look back. Only now are we openly discussing the realities of mental health. We are taking it seriously. Talking openly with a third party defuses things before they become an issue. Like everything in life, you have to work at it. Just as you put effort into family, work or fitness, you also have to put the effort into a marriage.
November 17 2018, The Times

At Duo Coaching we can work with you to ensure that your relationship continues to grow. 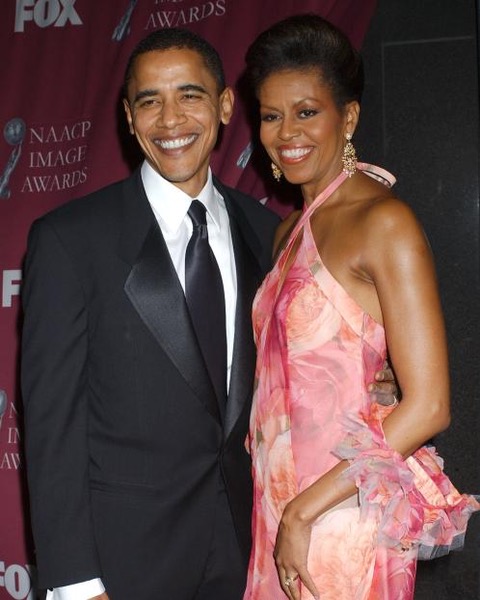 As we believe in being here when you need us,
flexibility is an important aspect of what we offer you.

One client told us “When shopping around for counselling, 95% demanded weekly sessions
at specific times, and were totally inflexible. You can give us the flexibility we need, and
besides which, I like the idea that Duo Coaching is a man and a woman.”